‘Man up and get it done’

Prostate cancer survivor hoping Movember will encourage others to get tested 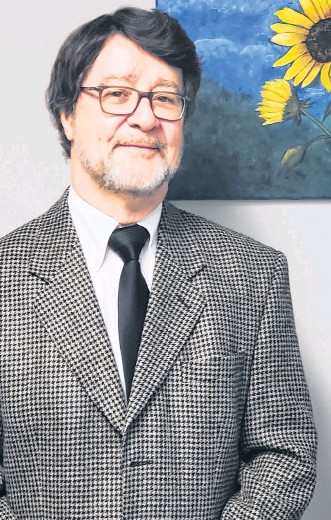 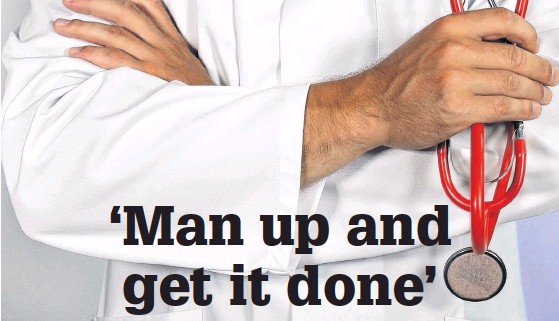 Every November, there's a competition to see who can grow the most intense facial hair. But Movember is about much more than just fancy beards or mustaches: the money raised could end up saving a life. Dr. Ricardo Rendon, a urologist with a specialty in urological oncology in the department of oncology at Dalhousie University, says Movember has helped bring light to prostate and testicular cancer — something that needs much more research and awareness. “I think Movember has helped a lot with that. Before, prostate cancer was something that was kept quiet, but now it is more in the open and men are starting to talk about it,” Rendon said. important “One of the reasons it is to have more stories and more people talking about it is that prostate cancer is usually an asymptomatic disease.” Prostate cancer happens to one in eight men — or 12 per cent of people — which makes testing even more important. “When patients don't have symptoms, it's also more important to figure out how to diagnose the disease,” said Rendon. 'MAN UP AND GET IT DONE' Lloyd Pike of St. John's, NL was diagnosed with prostate cancer in 2006 during a regular checkup with his doctor. He was shocked, as he was asymptomatic. “I give credit to my family doctor. He is a believer in regular checkups and bloodwork,” said Pike. “He noticed in blood checks I had done over a period of time that the numbers were rising.” Pike then made an appointment with a urologist. It was only through a PSMA test that he was formally diagnosed. “Most men are skittish about the physical exam, but man up and get it done,” said Pike. Rendon says cases like Pike's are why it's so important that men do screening, blood tests, and PSAs when they turn 50 unless they are eligible to do it earlier due to a family history of the disease. “There have been studies where they look at the benefit and impacts,” explained Rendon. “If you do PSA screenings too late, then it's too late, there is no benefit. And if you start them too early, you end up doing a lot of testing with very little pickup, so you end up wasting a lot of tests for a lower chance of getting the disease.” MAKING ADVANCEMENTS Through funds raised from Movember, there have been many advancements in care, treatment, and diagnosis. “Movember has helped raise a lot of funds in many areas, so as clinicians develop new projects and research, that ultimately helps the patients,” said Rendon. “Through research, we have been able to double the life expectancy of patients in the last 10 to 15 years, which is a dramatic change because you rarely see that with patients with any kind of cancer. So hopefully, there will be more resources to find more projects.” These advancements have led to CAT scans being used as diagnostic tools. “Now we have a new test that is more sensitive and specific to detect more disease,” said Rendon. Another advancement in testing in the last decade has been a PSMA PET CT scan. “This is an amazing test and indications for its use are growing for anyone who needs this test it is a remarkable improvement,” he added. “PSMA Molecule can be used for testing, but if you label it with something else, it can also be used for targeting the tumour and treating the tumour. It can go specifically to the prostate cancer cells. It is an amazing combination of testing diagnosing and treatment.” This treatment is currently only available in certain areas because it's so new, Rendon says, who encourages men to talk with their oncologists about this option. TALK ABOUT IT Because of things like Movember, talking about men's health has become normalized when it wasn't in decades past. “When I was growing up, you didn't complain about your health,” said Pike. “If you were feeling a bit sick, you dealt with it. There are a lot of men who don't take the time to advocate for themselves or go for their tests, but it's so important.” As a parent, it was important to Pike to have surgery and take care of his health after his diagnosis. “Like any parent, I want to be around for my children even though they are all grown now. I want to be around for as long as I can,” said Pike. Although it may not be easy, Pike says it's also important to take more time to talk about your feelings and encourages support men to consider joining a group. “I would say to anybody who is dealing with prostate cancer and has thought about getting involved with a support group, I would recommend them, because I was not someone who did that before and it has been a benefit,” said Pike. He also recommends taking someone with you to appointments. “It's a good idea because there is so much information coming at you that you don't always get everything, so its good to have someone there with you,” said Pike. “If you have a partner, use them and include them in what's going on.” But, he adds, catching it early is the biggest thing. Go for regular checkups and if something isn't quite right, Pike says, ask your doctor about it. “Know your family history and make some decisions based on that. If you don't have a family physician, you need to advocate for yourself,” said Pike. “Don't just show up to the doctor when you are sick — arrange regular visits, even when you are young, and make sure you get bloodwork done, because bloodwork can pick up things.”