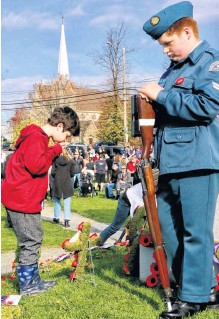 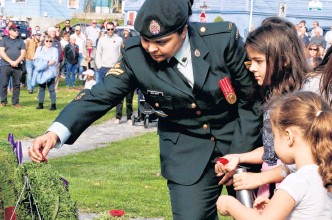 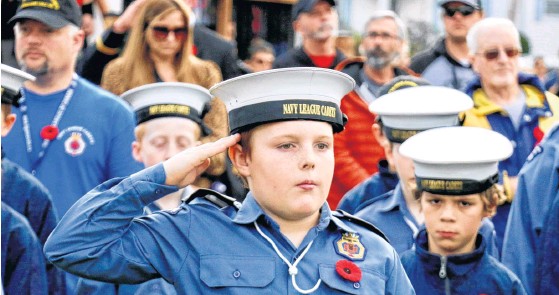 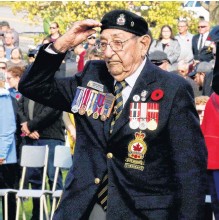 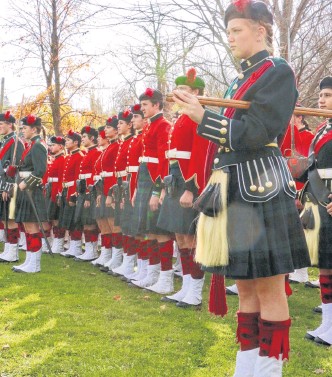 Blessed with unseasonably warm temperatures for November, hundreds of people attended Windsor’s Remembrance Day service in Victoria Park this year. Paula Greene, the master of ceremonies, said the Royal Canadian Legion’s Hants County Branch 009 was pleased to see people taking time to remember those who paid the ultimate sacrifice for Canadian freedoms, and honouring those who served and continue to serve. Greene said this year, they were also paying special tribute to the late Queen Elizabeth II, as she served as an army driver and mechanic during the Second World War. Additionally, they were remembering a historic moment during that war. “We remember all veterans, from all conflicts, missions and backgrounds at this time of year, but in 2022, we also anniversary commemorate the 80th of the raid at Dieppe,” Greene said. “In August 1942, almost 5,000 Canadians were part of the Allied Forces that stormed Dieppe. This battle cost many lives and taught many lessons that led to D-Day and the eventual victory along the beaches of Normandy,” she said. More than 900 Canadians died at the Dieppe raid. During the ceremony, King’s-Edgehill members of the School choir performed two numbers — Keep the Home Fires Burning and I Will Sing You Home — and wreaths were laid by a number of groups and organizations, including all levels of the Canadian Armed Forces.