Trial pushed back on demolition charges 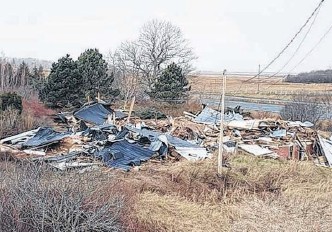 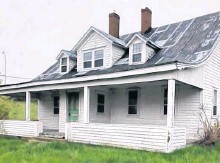 Previously set dates have been adjourned and new trial dates set for a developer and his company on charges relating to the demolition of Avonport’s historic Reid House. Nanco Developments and Bassam Nahas, 71, of Fergusons Cove, are each facing two counts of substantially altering in exterior appearance or demolishing a provincial heritage property without the approval of the governor in council. The charges were laid under the Heritage Property Act. The company and Nahas are each also facing two counts of excavating or otherwise altering a protected site without a permit under the Special Places Protection Act. It’s alleged the offences were committed in Avonport between Dec. 2 and 10 and Dec. 14 and 30, 2020. The owner and company pleaded not guilty to the charges in September 2021. The trial was originally set to unfold over five days in October 2022. The dates were later changed to five days between Jan. 16 and 20, 2023. On Oct. 12, defence for Nahas and the company requested an adjournment of the trial dates, which the Crown agreed to. The trial is now scheduled for three days, Jan. 8, 9, and 11, 2024. The company and owner have waived Section 11 (b) of the Canadian Charter of Rights and Freedoms, which protects an accused individual’s right to a trial within a reasonable time. The maximum penalty under the Heritage Protection Act is $250,000, while the maximum penalty under the Special Places Protection Act is $100,000. Nahas had earlier been charged with demolishing the dwelling associated with the Reid House under the Heritage Property Act; and with excavating the protected site of the Reid House and removing objects without a permit under the Special Places Protection Act. However, these two charges were dismissed without penalty on Dec. 20, 2021. The house was torn down in December 2020 and, weeks later, the foundation was also demolished. It led to public outcry from area residents and heritage advocates, including the Heritage Trust of Nova Scotia. The demolition was subsequently investigated by the provincial government and the RCMP. Nanco Developments and Nahas were charged in July 2021. The charges have not been proven in court.