Celebrating 30 years and the return to normal

Two Planks and a Passion is celebrating its 30th anniversary season with a return to live performance after pandemic restrictions shut down the theatre last year. The award-winning professional theatre company is in residence at the Ross Creek Centre for the Arts, offering outdoor productions in a spectacular natural setting. Founded in 1992, the theatre is dedicated to commissioning, developing and producing challenging Canadian dramas, as well as innovative interpretations and adaptations of historical works relevant to our community, explained artistic director Ken Schwartz. “The company produces works without the aid of electricity or technology and in natural light,” he said. Since 2006, the company has concentrated on an outdoor summer season at Ross Creek, creating a new theatrical venue for fireside performances where it offers a series of unique adaptations of classic plays. This summer, patrons will enjoy Shakespeare's Macbeth by the fire. Since 2008, the company has been nominated for a total of 103 Merritt Awards for excellence in professional theatre in Nova Scotia and has won 31, including outstanding production in 2008, 2009, 2010 and 2016. The Merritt Awards, named for the late Dalhousie theatre professor Robert Merritt, were established in 2002 and highlight the best of theatre in the province each year. In 2010, the company was a finalist for the Lt. Governor's Masterworks Award for its production of Rockbound. After losing the 2020 season entirely due to COVID, Schwartz says the company is excited to return to live performances. “Our company was very challenged during the pandemic, and yet we continued to develop new works, maintain community outreach, and prepare for the moment when live performance was possible again,” he said. “We also developed a digital podcast production of our production of Animal Farm, which will be released in early fall 2021.” COVID precautions will be in place for the show, he said. “We will be requiring mask-wearing and social distancing this year, but our outdoor performances will feel very similar to previous years. We are really looking forward to the return of live performance in our community. It's been too long,” said Schwartz. The 30th-anniversary summer schedule offers puppetry, drama, and Shakespeare by the fire. First Flight — July 24 • First Flight was the sole Atlantic Canadian entry in The National Arts Centre English Theatre's nationwide ‘Grand Acts of Great Hope' series. Schwartz says the play is “a beautiful moment of joy and release — a bird's first flight — created through larger-thanlife puppetry in a stunning outdoor setting.” Created by Two Planks and a Passion Theatre and Theatre du Poulet in collaboration with community members in rural Nova Scotia, this performance, he said, “represents a community's hope for the future and re-emergence into the realm of collective experience.” Schoolhouse by Leanna • Brodie (July 17 to Sept. 4, Tuesday, Wednesday, Saturday at 6 p.m. and Sunday at 2 p.m.) The time: 1938. The place: S.S. #1 Jericho School, a one-room schoolhouse in a 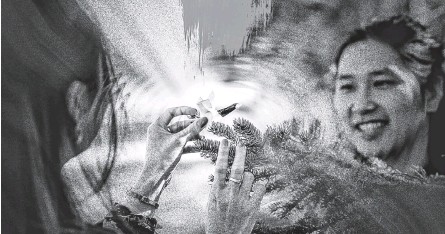 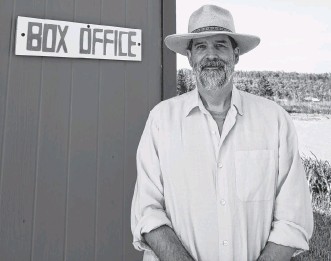