Will be set up downtown on Inglis Place 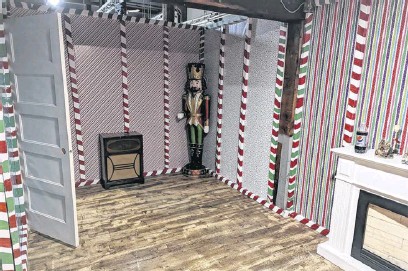 TRURO — It has always been a pleasant ‘escape’ to enjoy the shopping and dining choices in downtown Truro, and soon, there will be a literal escape to enjoy. Mind Hack Room Escape, with current locations in Dartmouth and Hammonds Plains, is in the process of setting up business at 76 Inglis Place in Truro, above Jimolly’s Bakery and Café. “We’re excited, it’s awesome coming to Truro,” said marketing manager Kelly Webster, adding they’ve been going for six years, starting with the Hammonds Plains location. “Things are going very well, we haven’t even had to really change a room yet,” she said, adding the two locations have offered up enough variety that groups continue to enjoy the spaces. Webster said four to 10 people (recommended numbers) enjoy the challenge of trying to solve a mystery and escape a themed room. “You’re locked into a room, it’s not actually locked, but you basically have to solve a series of puzzles to escape in a 60-minute time period,” she said. “We do a lot of different props … a lot of things to get you thinking.” Webster said the rooms are set up for different skill levels as well and it can be deceiving as to if you’re even in an escape room. “Sometimes you might walk in and not even realize you’re in an escape room,” she said. “You walk around and find various items to help you unlock boxes and, potentially, unlock cupboards and doors, as well as some fun secrets … all the items in the room you might need to find to escape.” Webster said they expect to be ready to go in Truro in early December and have a Christmas-themed escape room already planned titled ‘Who Sleighed Grandma?’ The link to find out more and book ahead is mindhackescape.com/ home/truro. “We will do birthday parties … we plan on having a party room,” she said. “There will be the opportunity to run multiple rooms at one time once we have them opened, so a big group of people could go and play against each other. Try and beat the clock, escape within the time period, while competing against each other.” Webster said the space there are occupying is the old Chevy’s Bar which was a popular night spot in Truro a number of years ago. “One of the things we plan is a Chevy’s theme, pay homage to the location,” she said.