On the road to recovery

Drew Bezanson battling back from injuries sustained in vehicle accident 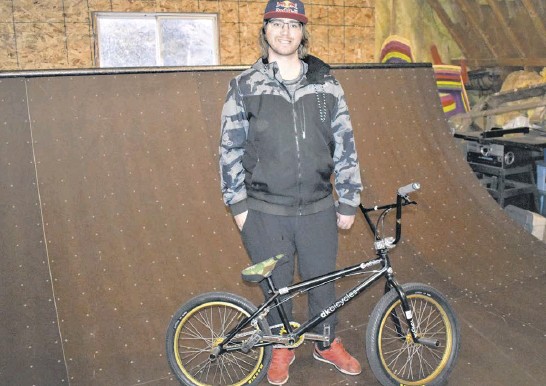 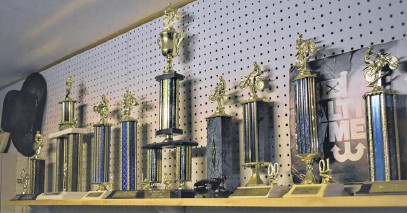 ONSLOW MOUNTAIN Drew Bezanson reminisced as he slowly completed the last couple of steps of a stairwell that leads to the attic in his parents’ garage. “A lot of long, cold nights up here,” he said while gingerly moving to flick on the lights and a small heater. The space revealed an impressive bike ramp that filled the upstairs, save for some storage on one side. Bezanson furthered the thought on all the time spent utilizing the set-up, adding that friends would be asking him about plans for the night. But he would already be on the ramp, improving skills eventually leading him to become a major star on the competitive BMX circuit. “They would be wondering what I was doing, and I would be up here,” he said with a smile. It’s that type of perseverance, determination and dedication Bezanson is leaning on now as he continues to battle back from a car accident on Nov. 4, 2020, which resulted in multiple bone breaks as well as a brain injury. “I broke, I believe, 21 bones,” Bezanson, 32, said in a previous interview with the Truro News. “It took them two hours to cut me out of my truck, and I was airlifted to the hospital,” he said, relying on information he was told since he has no recollection of the accident and the hours that proceeded it. The list of broken bones included a fractured tibia, fractured kneecap, nine breaks in his right foot, his back, all of his ribs and his jaw. He also punctured his lung and, on top of all that, suffered a stroke resulting in the loss of control of his fine motor skills on his left side. The stroke was accompanied by seizures. BACK HOME Bezanson recently returned to Nova Scotia from southern Ontario, his professional base as a BMX cycling star, the site of his accident and subsequent lengthy hospital stay. He is spending the winter at his parents’ Onslow Mountain home. “Everything has been a little easier coming back to Nova Scotia,” he said. “Having my parents around as well as more family and friends.” He continues his rehabilitation with visits to a chiropractor twice a week, as well as sessions at Physio One Health Clinic in Truro. Later this month, though, he’ll be heading out west for a 13week program. “Which will be much more intensive than what I’m doing now,” he said. “I still have issues with fine motor skills in my left hand. That will be the focus when I get out to Calgary.” Bezanson said using a PONS (portable neuromodulation stimulator) device will be part of the program. “It goes underneath your tongue and stimulates your tongue, which can then stimulate your brain and, in turn, those neuropathways,” he said. Bezanson said while he still takes his recovery one day at a time, he hopes to see quite a bit of progress from the Calgary program. “I will make a full recovery; it’s just going to be … I don’t really have a finish line for recovery from these injuries for myself,” he said, catching himself before proclaiming any timetable. “It’s just chipping away at it. By the fall of this year, I expect to be way ahead of where I’m at now.” Bezanson expressed gratitude for sponsor Red Bull, which he says has been behind him since he woke up from his accident-induced coma. “And I get a lot of support from friends and family,” he said. “Obviously, my parents are around every day.” Among the friends is Hub Cycle owner Bruce Roberts, who has known Bezanson for more than 20 years. “He is an inspiration for sure,” Roberts said, adding Bezanson was in his Inglis Street store recently making a purchase. “He had a rough go, so it’s nice to see he is back on his feet.” Roberts said he knows the same attitude which helped propel Bezanson to the top of the cycling world is helping him now overcome horrific injuries. “He has the drive,” Roberts said. “That is what has taken him to the high levels he has been already.”