LOWER ONSLOW - Legendary local horseman Phil Pinkney died Nov. 13 at the age of 84. A decorated trainer and driver, Pinkney entered the harness racing world at the age of 14. He worked for local horsemen Belbo Gould and Harley Harrison before opening his public stable at the age of 17. His success and influence would stretch throughout the Maritimes and well beyond. Among his many accolades, he won two Gold Cup and Saucer races – 1978 with Nickname and 1986 with Rev Your Engine – and in 2008 was presented with the prestigious O’brien Award of Horsemanship. “He was a great horse person and a great person to the horses,” said son, Dale Pinkney. “And he had all kinds of people come through his operations who then went on to bigger and better things, and became good people.” One of those is Brent Macgrath who co-owned and trained legendary world champion horse Somebeachsomewhere. “He was a leader in picking out and training young horses and getting them to do what he wanted them to do, which was performing at their highest capacity,” Macgrath said. “He kept them positive, engaged and wanting to do their work. There is certainly a knack to it, and he was at the head of the class in Atlantic Canada for a lot of years.” Macgrath said he was most closely associated with Phil as a young teen, up until about age 25, but that they always stayed connected. “He had trained horses for us when I was working and didn’t have the time, or we would have a horse in his barn I would look after … it was ongoing,” Macgrath said. “But I worked part-time for him from the time I was 14 until I took over as manager of the racetrack, which was in 1979.” Macgrath spoke highly of how Phil managed his operation and how he both accepted and shared accountability and responsibility. “I remember from a very young age, with Phil, when things went good it was ‘us’ and when things went bad it was ‘us.’ In a lot of places, and in that environment, it’s ‘me’ when it’s good, and it’s ‘you’ when it’s bad. That resonated with me quickly,” Macgrath said. He also talked about Pinkney’s ability to work with a young horse, describing the way the experienced trainer made it seem “easy and effortless.” “A horse that was causing problems yesterday, using a couple of methods, patience mostly, just the change you would see in the horse the next day or very quickly. You could just watch him turn the horse into what he wanted them to be. Now that didn’t necessarily make them a good racehorse, but it did make them one you could manage and get the most out of.” Dale Pinkney described his father as the “master” when it came to getting the most out of a horse. “He did the right things at the right time mostly, and that led to success,” Dale said. “You can only do so much with what you have to work with, but he was a great hands-on guy and would teach through repetition. Horses are the same as human athletes, some of them only have so much talent and some have a lot of talent but don’t want to play, they need the right attitude. He did the right things to get the most out of them.” Macgrath and harness racing enthusiast and Truro News columnist Lyle Carter were scheduled to speak during a Celebration of Life ceremony for Pinkney held last Saturday. Carter talked about the thousands of folks Pinkney connected with during his time at the track. “He was so highly thought of,” Carter said. He shared one story from Summerside to illustrate the point. “It was more than 15 years ago, the Governor's Plate is a big race in Summerside, and he won it with this champion horse, Dunachton Gail,” Carter said. “After the winner’s circle ceremony, Phil kept parading the horse up and down the stands in front of all the fans, all the while talking to race fans, strangers, friends. And this went on for 10 to 15 minutes, it held up the next race a bit, I never saw anything like it.” Carter also expressed appreciation for his time shared with Pinkney. “He was always fun to be with, a warm personality,” Carter said. “I’m a lifetime fan of Phil Pinkney.” 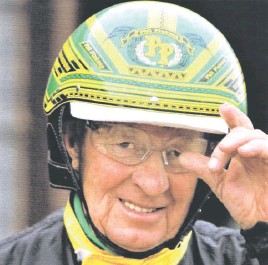