TRURO - People are keeping an eye on Black Friday sales, but some are staying away from major stores by shopping local or browsing on their computers. Brenda Hatt said the pandemic keeping people close to home “opened her eyes” to what Colchester County offers. “I don't feel the need to have to go to Halifax, or buy at Costco, or Walmart, or any of those places when last year showed me … the goods that our own people are making right here,” said Hatt. “The quality and the unique and different things that they have here, and people’s stuff on the marketplace (are) just incredible.” She likes shopping at local spots such as My Home Mercantile, Alderberry Village and Brantelle’s Unique Creations. Though she admits it is hard for those stores to compete with the markdowns of larger ones, she said it is worth it. “I’m over the standing in lineups for TVS or any of that stuff,” said Hatt. “I guess maybe as you get older, you realize that giving someone a TV – yeah, that's cool. But I mean finding that one special gift right here, I found people really enjoyed that more than box store stuff. “I'm looking forward to not doing the big Halifax trip to go shopping or anything like that. Go downtown here for a Saturday and you can basically do it, right?” For Donnie Clough of Truro, Black Friday shopping isn’t in his plans this year because he does not have the money. “It's good for certain people, the ones that have got cash to do so,” said Clough. “(There are) big savings that you can get.” That is fine with him – he already enjoys a 75-inch TV, and since he recently started a new job, he is looking forward to more income. “What I find is with Black Friday, it's good for if you want electronics and stuff because that's pretty much what it's based on," he said. “If that was the case for me and I was to buy anything, that would be my main objective.” Mary Simpson plans to avoid the stores. “Maritimers are known for being so polite and so giving, and I think Black Friday just goes nuts – you just forget it all,” said Simpson. “I know it's nowhere near what it is in the States with people trampling and everything else, but it's just too (much) crazy on one day.” She will be scouting online, however, looking out for deals on electronics such as Fitbit smartwatches. “I will look online to see if there's a couple of things I've been looking for,” she said. “But I will not go anywhere near a store … it's always too busy.” Black Friday started in the United States as the busiest shopping day of the year following American Thanksgiving, leading the holiday shopping season. Some employers give the Friday off to fulfil the long weekend since Thanksgiving is on a Thursday. In recent decades, Canada's sales tradition was picked up to dissuade cross-border shopping, though markdowns tend not to be as low as in the U.S. The trend of “Cyber Monday” and “Cyber Week” deals picked up in the early 2000s after retailers noticed people who were unable to go shopping over the weekend or did not find what they were searching for started looking online for deals. The shopping event has slowly been declining with the rise of online shopping and the pandemic resulting in sales being spread over a greater length of time to reduce crowds. 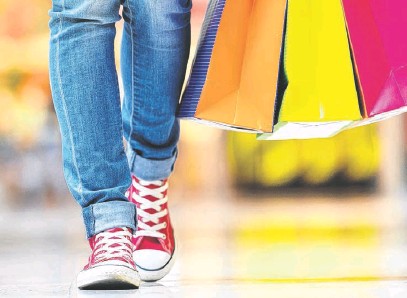