The Yarmouth Jr. A Mariners are holding an upcoming auction and fundraiser that will not only support the team's education fund, but will also raise money for a community project – this being the Yarmouth Splash Park that will eventually be built on the Mariners Centre grounds. The live auction and fundraiser will be held Saturday, Dec. 4 from 7 p.m. to midnight at the Rodd Grand Hotel in Yarmouth. The event will include stand-up comedy with Hughie Batherson, a balloon pop and win, a cash bar, a live DJ and more. The live auction will be hosted by auctioneer Tim Parker. Items to be auctioned off include signed NHL memorabilia from Jody Shelley, Ryan Graves and Drake Batherson; along with Mariners memorabilia and other hockey memorabilia, locally donated items and more. Tickets are $25 and can be purchased via the Yarmouth Splash Park Facebook page and at the Mariners home games. Proof of vaccination will be required to attend the event, along with masks when not seated. Mariners head coach Laurie Barron says the team is excited to be able to host this event as a means of giving back to the community. “It's about raising some money and getting people out,” he says. “You can even do your Christmas shopping there. There will be lots of great stuff . . . both in the silent auction and live auction.” Barron says they are hoping for a successful fundraising evening. As for the Mariners season on the ice, Barron says that's been going well. “We're excited. If you think about a team that was built to win last year, this is supposed to be our re-tool year. We've basically redone the team and I think we're right in the midst of playing with anybody in the league,” he says, adding it's also been good to see more fans in the stands as things continue to open up COVID-wise. 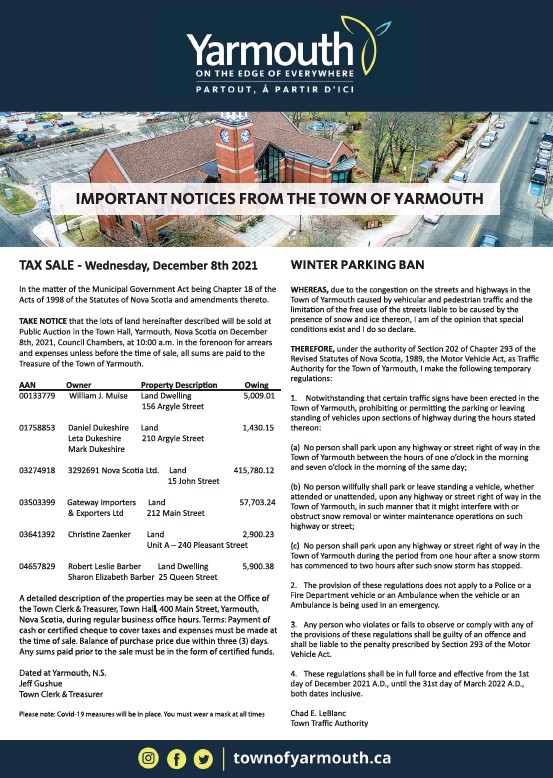