For the first time in over 11 months, the mother of Colton Cook finally saw in person the two men accused of killing her son. Stacey Cook has led marches to keep her son’s memory alive. She has made Facebook posts as she keeps pushing for justice. She and her husband have attended countless court appearances. Sometimes the Yarmouth County woman has stood outside the Yarmouth Justice Centre carrying a sign with her son’s name on it – and has encouraged others to do the same – to ensure he continues to have a voice. She's had a bench with her son's name engraved on it placed in the town as a place of quiet reflection. Her son Colton was killed in late September 2020. Yet despite being arrested on Oct. 1, 2020, it wasn’t until Nov. 15, 2021 – on the day their preliminary inquiries were to begin – that Stacey Cook saw in person Robert Charles Rogers and Wayne Richard Crawford. Until this day, she’d only seen them on video screens inside the courtroom. Aside from Colton Cook's parents, a few other family members and friends were inside the courtroom that day. Two of them held framed photos of Colton Cook. His parents wore South Ohio Strong masks – the community Colton grew up in. Other supporters of the Cook family had made their presence known outside of the courthouse when vans arrived with the accused men inside. But while preliminary inquiries were scheduled to be held for Rogers and Crawford, neither proceeding went ahead as both men waived their right to a preliminary inquiry and were committed to stand trial. They will next appear in Supreme Court in Yarmouth on Dec. 16 for the setting of trial dates. Unless the presiding judge dictates otherwise, those appearances will be via video. Colton James Cook was last seen by his family on Sept. 25, 2020. When he hadn’t responded to texts and phone calls the next day, his family knew something was wrong. He was reported missing the morning of Sept. 27 as his family continued to look for him. Partial remains belonging to Cook were found on Sept. 27 near a burned vehicle. On Sept. 29, more remains were found at a scene near the intersection of Saunders Road and Raynardton Road in Yarmouth County. Rogers, 57 at the time, and Crawford, 36 at the time, were arrested days later and charged with second-degree murder and interfering with human remains. They remain in custody. There have been many court appearances, and also many adjournments. But on the day of the preliminary inquiries Judge James Burrill was not entertaining any more adjournments, even though one of the accused wanted one. Defence lawyer Jamie Vacon explained to the court that the previous week, Rogers had terminated his solicitor-client relationship with Vacon and lawyer Matt Dill, both of whom had been working on Rogers behalf and preparing for the preliminary inquiry. “Mr. Rogers has indicated he lacks trust in our ability to continue with these matters,” Vacon said. “As you can appreciate, Mr. Dill and I had prepared for Mr. Rogers' matters, but we still have no clear instructions, except that Mr. Rogers has terminated the relationship.” As a result, Vacon and Dill requested that they be removed as solicitors of record. Judge Burrill granted that request after speaking with Rogers and confirming with him he did not want the lawyers to represent him. “So you’re going to represent yourself at this hearing?” the judge asked. “Til I get a lawyer,” said Rogers, who said he had received his disclosure of Crown evidence via computer but couldn't view it. “I have no idea or knowledge how to use a computer, even if I was in front of one,” he said. He did not have a paper copy of the disclosure and wanted an adjournment since he no longer had legal representation. Asked when he had dismissed his lawyers, Rogers said he had done so on Tuesday, Nov. 9. That did not sit well with the judge. “This matter has been set for months and you dismissed them last Tuesday?” Judge Burrill said. The Crown said it was prepared to still go ahead with the preliminary inquiry, albeit noting it was a difficult situation since Rogers hadn't read the disclosure. The judge determined there had been ample time to prepare for this day. “I’m inclined to order that the preliminary inquiry proceed,” said Judge Burrill, citing sections of the Criminal Code that said the scope of the hearing could be limited. “The dismissal of his counsel at the 11th hour is his decision, and his decision alone,” the judge said, noting the preliminary inquiries had been on the books for some time. A May focus hearing for the preliminary inquiries had been scheduled in February of this year. On June 14, the court confirmed the Nov. 15 date for the start of the preliminary inquiries. “I’m not going to adjourn it again where he forfeits his right to counsel by dismissing them at the last moment,” the judge said about Rogers’ matter. After a brief court recess, the lawyer representing Crawford, the co-accused, said they were waiving their right to a preliminary inquiry. Asked after that if he was ready to proceed with his own preliminary inquiry, Rogers said he did not want to have one. A third person charged in this case – Keith Arthur Siscoe, 35 at the time of his December 2020 arrest – had his preliminary inquiry held on Nov. 16. Siscoe is charged with accessory after the fact to murder. Six witnesses testified during the preliminary inquiry. A publication ban prevents the reporting of any of the evidence presented. At the conclusion of the court proceeding Siscoe was committed to stand trial. A trial date will be selected during a Dec. 10 court appearance in Shelburne Supreme Court as his lawyer Michael Power was not available for a Dec. 16 court appearance date in Yarmouth. 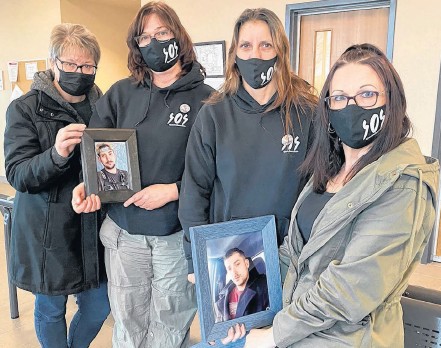 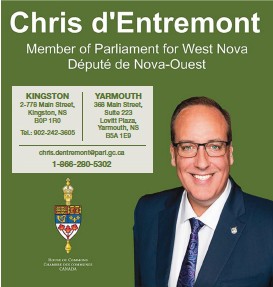