Car companies try (and fail) to get woke

TORONTO — Thanks for shopping at (car brand). For a limited time, offset your emissions for just $10/ month. And remember, we donate a small portion of sales to (insert cause). Why not upsize to a Mega Sports Action Vehicle? Innovating a better tomorrow for everyone, now with 0.99 per cent financing for the rest of your natural life. It turns out that most people, but especially Millennials and Gen Z, are willing to pay more for socially conscious products, according to a Nielsen study. You can see evidence of the do-good trend in the ubiquity of everything from Fair Trade coffee to “happy meat” to puffer jackets made from recycled plastic bottles from the Great Pacific Garbage Patch. Advertisers have taken notice and, unsurprisingly, co-opted our current cultural mood to sell stuff. It’s called woke-washing, or purpose-washing, a fun update to green-washing, in which brands try to cash in by associating with social justice causes and other big issues in a superficial way. Brands like Nike, Burger King and Pepsi have all given it a go recently, often with disastrous results. Remember the cringey Pepsi commercial in which Kendall Jenner single-handedly prevents protesters from clashing with police by sharing a can of Pepsi? It appropriated and trivialized the Black Lives Matter movement; Pepsi pulled the ad and apologized. Car companies are trying to get woke, too, although they face a uniquely steep uphill battle to convince us they are indeed good and that, you know, they get it — the meaning of “it” being entirely flexible and audience dependent. There’s more reason than ever for people to be skeptical. In the 1950s and ’60s cars represented freedom. Today, for most people, cars are a necessary appliance requiring a large monthly payment. Affordable electric cars have been a long time coming. Gridlock is just getting worse. We’ve run out of parking spaces and the world is not on track to meet the targets in the Paris climate agreement. Pitching cars as part of the solution rather than the problem is a real doozy. Volkswagen did, however, try with its “Drive Bigger” campaign (to clarify, the slogan does not refer to the brand’s range of new, larger SUVs). Drive Bigger is about, “responsibility, innovation and how a major automaker can credibly contribute to the greater good,” according to the company. The TV spot, which aired last year during the Women’s World Cup, depicts a depressed car designer listening to news about VW’s diesel emissions cheating scandal. He turns the radio off and sketches a modern-day Hippie Van, the electric ID BUZZ concept. The print version of the U.S. campaign includes a line that says, “sometimes riding a bike may be the best thing to do.” After 20 million views on YouTube, comments on the TV ad seem generally positive. Frankly, it got me too; as someone who loves driving, despite everything, I want to believe cars can be part of a sustainable future. However, the ID BUZZ won’t hit showrooms until 2022 and VW currently only sells one electric car, the e-Golf, which has a sub-par driving range. And, do we really believe that the company wants us to ride bikes instead of buy its cars? It’s not just VW of course. If you’ve been to a movie theatre last year, you may have seen a Ford ad touting the company’s innovation — a usefully meaningless buzzword. A blue orb (representing innovation?) flies around and transforms a busy road into an urban utopia, adding EV chargers, an HOV lane and dedicated bicycle tracks. Yes, Ford recently purchased an e-scooter sharing startup, but their immediate plan is to stop selling cars in North America to focus on selling more fuel-hungry SUVs, muscle cars and pickups because that’s where the profit is. Ford’s entire business is based on selling and financing more vehicles to more people. The company’s commitment to transforming cities in a way that makes us less dependent on the personal automobile seems dubious at best. For its 2018 Super Bowl commercial, Ram used audio of a 1968 sermon by Martin Luther King Jr. about the value of service, about doing good, to sell the new Ram 1500 with the hashtag “Built To Serve.” The ad omitted the part of King’s sermon in which he warns against advertiser-fuelled consumerism and buying more car than you can afford just to make your neighbours envious. Riding the coattails of a hot political or cultural issue — from protests to climate crisis to the 50th anniversary of Martin Luther King Jr.’s assassination — is an easy way to get a product or message in front of lots of eyeballs. The problem with woke-washing is not just that it’s ultimately hollow, it’s that it risks breeding cynicism about real, important issues. Not only that, but paying lip service to these issues can become a cheap substitute for real action. Although, maybe there’s a silver lining. With car companies adopting progressive messages — about everything from climate change, to social justice, to road safety — there will now be pressure on them to make good on all this big talk. 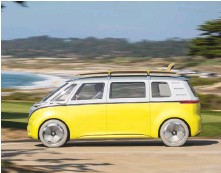