CORNER BROOK, N.L. — Amy Andrews is hoping people who may be stuck inside for an indefinite period of time will get moving with some social dis-dancing. “We’re still dancing, we’re just not together,” said Andrews, the owner of Dance Studio West in Corner Brook. With shutdowns of all kinds taking place as the province looks to flatten the curve on COVID-19, Andrews, like a lot of business owners, is concerned about her business. “Nobody ever called us and said, ‘Why are you open, you shouldn’t be.’ Everyone was just curious what our plan was.” As an independent business, she said “the idea of closing was a lot more scary for us, so we wanted to go as long as we possibly could.” Up until early last week, the plan was to stay open. “But then the realization struck that, OK, schools were closing.” So, Andrews decided to bite the bullet, cancel classes and close the studio, while thinking of a way to keep going. “I didn’t just want everybody to dissolve into their Netflix world.” To maintain interest and keep people attending the dance school connected, she started a little social dancing project. She choreographed a number to “Dance Monkey” by Tones and I and is posting instructional videos via her The Dancing Mommy channel on YouTube. The song is fun, light, current and gets stuck in your head, she said. With help from students/ instructors Anna Barrett and Kate Sanders on the videos, she’s put together a dance anyone can do at any time to keep them moving and learning. She has been adding to the choreography each day until the song ends, and then may introduce another one. “At this point, people are looking for a distraction from CNN and Facebook. I know I am,” Andrews said last Tuesday. “This was my distraction. “The activeness of doing something physical kind of helps with the mental.” Andrews said it’s so easy to learn something in class and then forget it until you return. The “Dance Monkey” project, other instructional videos and online classes she and other studio instructors plan to share for students will help ensure that doesn’t happen. “Stuff to keep moving, to keep your brain in the dancing mindset and just not forget and seize up. “We don’t know when we’re going back again. It’s a mystery.” Access to the “Dance Monkey” videos won’t be limited to those connected to the studio. Andrews said they’ll be available to anyone. And she has a plan for the song when the studio reopens. “Whenever we do the yearend show, whether it’s in May or in June, or whenever life gets back to somewhat normal, if everybody who had learned it could do it together.” At the end of the show she plans to invite everyone who wants to get up on the stage and dance. “Just for fun, because it was something that they did while in seclusion.” To promote the project, Andrews will be using the social media hashtag #socialdisdancing. 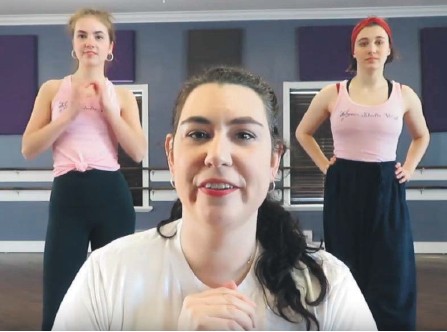 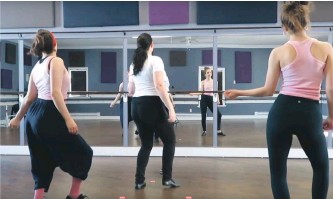 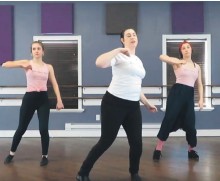