An eye for art 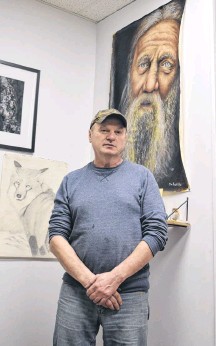 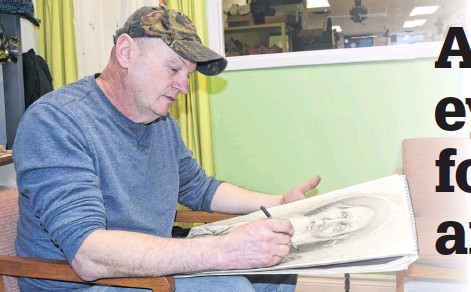 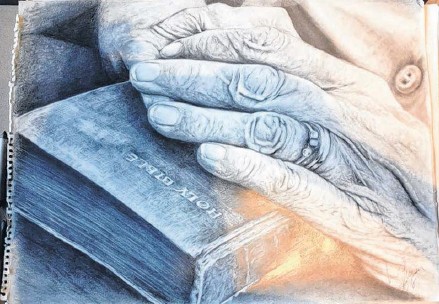 Eyedoctors will tell you, most people can’t see astigmatism. But Carrie Stewart believes at least one person can. One day Stewart and her friend Jim Fraser of Sunny Brae were sitting together when he suddenly said: “There’s something wrong with your eye. It’s shaped funny.” What she believes he saw was her astigmatism. Stewart asked her optometrist about it the next time she visited. “There’s no way he can see it with the naked eye,” the doctor said. But Stewart knows Fraser has eyes unlike anyone else. The vision is evidenced in the detailed portraitures he creates. “I had never seen anyone talented like that before, especially for noticing the small details,” she said. Fraser has been interested in art since he was a young child. It started with a pencil on paper, drawing the world around him. Then as a teenager, he began playing with paint. With no formal training, he taught himself the techniques needed to bring life to a canvas or page. “I just really was always good at drawing people,” he said. “Portraits always came easy to me.” He also became a huge fan of Robert Bateman’s wildlife paintings and dabbled in his own images of animals. By studying the works of masters like Bateman, he honed his skills. “It was pretty incredible the work they’ve done.” While drawing is the form of art that has come easiest to him, Fraser has more recently been focusing on oil paint portraiture. Fraser has built some recognition for his work – he’s taken part in art exhibits and has his work hanging in Stewart’s store, The Art of Divination, in downtown New Glasgow. Around 600 people currently follow his Facebook page. But it’s far from a fulltime job for him. “The term is starving artist,” Fraser says with a laugh. For much of his life, he’s worked as an industrial painter and now works at Michelin, with art being the passion he pursues in his free time. Sometimes he paints in his bedroom at his home in Sunny Brae with the sound of old school rock playing in the background. Other times he takes a notepad and sets up at a Tim Hortons. With a coffee in hand, he uses the background noise to block out the world and get in the zone. Often an individual piece will take him more than 100 hours. ”The older I get, I find the fussier I get,” he said. “I want to put in every detail I can.” To spend that amount of time on a piece, he admits you have to like what you’re drawing or painting. He enjoys drawing older people who have the cares and joys of life etched on their faces. “You can tell some people had a hard life just by the look on their face,” he said. He finds that’s especially true of farmers and fishermen. “It’s like the story is written on their face,” he said. “I feel that every one of these people I draw have earned every one of them.” Drawing smooth-skinned people is easier, so he also finds drawing people with rougher skin a greater test. “When you start adding wrinkles and details in and those little lines, it becomes tougher,” he said. “It’s kind of a way to kind of advance forward in your skill level.” While he would like for people to enjoy the art he creates, Fraser also hopes it also inspires them in their own creative endeavours. “Hopefully, they’ll turn around and see what the human mind is capable of,” he said. “You never know what you can do until you give it a try.” For her part, Stewart believes that Fraser is uniquely gifted. If he has one blind spot, she believes it’s to his own talent “Jim doesn’t see his work the same way I see his work and other people see it,” she said. “It’s crazy. His talent is amazing.”