As a mother of a nine-yearold girl, Christine Emberley welcomed news that a vaccine for younger children had been approved by Health Canada. But the Cole Harbour woman, who’s also a member of the group Nova Scotia Parents for Public Education, said many parents are “still a ways from really feeling relief” given the level of COVID-19 in schools and frustration with the lack of details on those cases. “A lot of parents of schoolaged kids are excited for this news, and looking forward to booking appointments,” Emberley said in an email interview Friday with the Chronicle Herald. “There has been a lot of anxiety all fall, because there's been a lack of information and clarity around case numbers connected to schools. Parents have been very worried about putting their kids at work, sending them to school unprotected.” ‘THOROUGH AND INDEPENDENT REVIEW’ The Pfizer-BioNTech Comirnaty vaccine is the first to be made available for young children in Canada. Officials had made clear for weeks that the decision would be favorable, noting that incidences of COVID-19 are highest in those under 12. "After a thorough and independent scientific review of the evidence, the department has determined that the benefits of this vaccine for children between five and 11 years of age outweigh the risks," Health Canada said in a statement. At a news briefing Friday morning, federal Procurement Minister Filomena Tassi said Canada will begin receiving doses of the vaccines on Sunday, with all 2.9 million doses delivered by the end of next week. "This is great news," Nova Scotia Health Minister Michelle Thompson said in a news release. "Soon, we will be able to protect more Nova Scotians against the virus. She said public health is reviewing the latest recommendations from Canada's National Advisory Committee on Immunization and will base its vaccine rollout for children aged five to 11 on that advice. At a news briefing Nov. 5, Dr. Robert Strang, chief medical officer of health, said about 65,000 children aged five to 11 in Nova Scotia would be eligible for this vaccine. PHARMACY ROLLOUT SOON Pharmacies will be the main providers of the vaccine shots. In a tweet last Friday, the Pharmacy Association of Nova Scotia said appointments will be available soon and must be booked through the same provincial system as adults. “I'm fine with the pharmacy rollout, because I feel like that gives us options,” Emberley said but she does worry about parents in rural areas who may be limited by travel or business hours. “And it’s one thing for an adult to go to a drug store at 8 p.m., but these are young kids who only have a few hours before bedtime, and parents also can't all take time off work for daytime appointments, so 65,000 kids are vying for a small number of available appointments in that window.” In a news release Friday afternoon, the Nova Scotia Liberal party renewed its call for the shots for younger children to be delivered at schools as well. "We're in the fourth wave right now,” said education critic Derek Mombourquette. "Now that this vaccine is available to our young ones, it's critical we provide as many options as possible for our children to be vaccinated." Strang has said schools don’t have the capacity to hold vaccine clinics. Emberley questioned whether school clinics would be an answer because “young kids are likely to want parents or grandparents to support them - a lot of kids are afraid of needles. Public Health has a lot to consider when making these decisions, but often parents of elementary kids are getting forgotten in these decisions.” About 65,000 children aged five to 11 in Nova Scotia would be eligible for this vaccine. CASES INCREASING AMONG YOUNG Many of the recent COVID19 cases in Nova Scotia have been children under 11 and there are daily reports of cases in schools. But fewer than five Nova Scotian children have been hospitalized with COVID19 during the pandemic and there have been no deaths in children, said Dr. Jeannette Comeau, a pediatric infectious disease specialist at the IWK Health Centre, in an interview Friday. The effects of COVID-19 tend to be less severe in children, particularly compared to older adults. Seventeen Canadians 19 and under have died from COVID-19 since the pandemic began in early 2020, according to Statistics Canada. The vast majority of deaths - more than 18,000 - have been in people over 80. “It’s rare but it’s not a zero event,” said Comeau, who was “happy and excited” to hear Health Canada had finally approved Pfizer for younger children. Children also can be seriously affected by COVID-19 after they shake the original infection in the form of a multi-symptom inflammatory syndrome. “Those children can become very sick so the vaccine would have the dual effect of preventing the initial acute infection but also preventing that post-infectious phenomena that can occur.” Fewer than five children in Nova Scotia have developed that inflammatory syndrome, Comeau said. “I think importantly too, it will have the effect of halting transmission within the population at large and therefore protecting other people, you know, grandparents and the elderly who might be at higher risk of severe disease.” 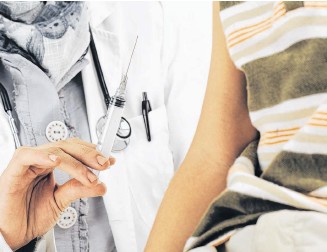