PICTOU, N.S. - The Municipality of Pictou County is exploring potential solutions to the housing crisis affecting the region. In a Nov. 17 social media post, Municipality of Pictou County Warden Robert Parker said many Nova Scotians are in need of a place to live to get through the winter season. “The urgent need is being tackled first,” he said. “Winter is coming, and people have to live, and a long-term plan won’t do them much good so we have to first look at what can we do now?” Parker said he recently attended a meeting with other municipal, provincial and federal representatives discussing housing challenges and the need for both short and long-term solutions. “It is not all about homelessness,” he said. “It Is about not being able to afford a place to live in even if you have two minimum wage jobs. There has been a 30 per cent increase in the price of homes in the Halifax region and in rural areas such as Pictou County, it is as high as 20 to 25 per cent.” Parker said agreements have been made with three hotels where the province will pay for rooms if necessary for someone who has no other place to stay. He added that New Glasgow’s homeless shelter, Viola’s Place, can now house eight people per night and the facility has plans of expanding its space. “They are turning away people every night and people have to find a place somewhere,” Parker said. “It could be in a vacant home or alley and that is not something we would want to see happen." Parker noted that new student residences being built at the Nova Scotia Community College in Stellarton would likely free up some housing units occupied by students. The warden said long-term solutions discussed include repurposing former schools for community housing. Municipalities have also provided lists of possible land which could be used for housing. Tiny homes and companion housing may also be considered, Parker said. Companion housing would pair someone living alone with someone needing a space to live. Coun. Larry Turner said the crisis is a supply and demand problem, but only the supply problem is being addressed. “So, on the demand side, people don’t have enough money to go and afford a house,” he said. “Minimum wage is something that really needs to be looked at. Education is another issue. We have to educate kids so they can come out of school and be able to go to a job and afford a house." Coun. Andy Thompson said the Pictou County Housing Coalition recently completed a comprehensive review of housing in Pictou County. He said hidden homelessness has been an issue for years. “There are people here in Pictou County tonight that are sleeping in cars, still in tents, and there is a homeless encampment in West Pictou," he said. "There is a homeless crisis in Pictou County right now that was hidden for years. You just didn’t see it. There was a lot of couch surfing going on. There are students going to NSCC living out of their cars. It is unbelievable this day and age we have this issue, but it is an issue right around the province.” 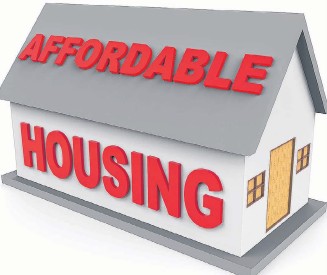