Finding truth during a pandemic

If you’ve been on social media lately, you’ve likely come across false information. With so many people concerned about COVID-19, they’re looking online for answers — and sometimes not getting accurate answers. One example is the image of a throat with text that says gargling warm water with salt and vinegar will cure COVID19. Obviously, it’s not true — but people are being duped by this and other messages. Lyle Wetsch, a professor of marketing at Memorial University, has expertise in social media. “The pace at which this event is changing almost on a byminute basis is really sucking us into, what’s the latest update? What’s the latest update? “And as with any situation, when you’ve got a large audience that’s tuning in for something, there's the opportunity for nefarious individuals, or foreign actors, to be able to try to influence the conversation, sort of like we saw back in the previous U.S. election.” Wetsch said it’s important to check out the credibility of messages. “Anybody can be making comments, or sharing comments. You have to be evaluating the source of that, and not just say because somebody posted a statement of something on social media that it’s true.” Wetsch recommends searching for the origins of a post. For example, on Twitter, he said, nefarious accounts will often have large followings despite only being recently created and not having much information about themselves. “The main thing is that people have to look to source credibility, and I think one of the challenges with social media is they may see something that their friend shared. And you really have to get to, well, where was the original source of this? You may trust your friend, but did your friend properly vet the source of that information? And then things start to sort of snowball. “I think the risk that we’ve got, or the challenge that we’ve got, dealing with the current pandemic situation, is that we have so many more eyeballs on those messages on an ongoing basis that it’s easier for a piece of disinformation to slip through, and start to gain a lot of eyeballs and a lot of amplification before somebody is able to step in and say, ‘Whoa, wait a minute, that’s not accurate. Here’s the accurate information.’” Wetsch recommends getting information from trusted sources, such as government institutions and media professionals who have established trust in the community over the years for being credible. “It’s sort of like, you’re not going to walk outside, ignore all the media that’s on TV and walk outside and ask your neighbour what’s going on, or what should you do. They may be a great friend and a credible source, but you might end up with a few yarns going on, and a little bit of extrapolation, as opposed to going straight to the source, or to trusted media personnel.” 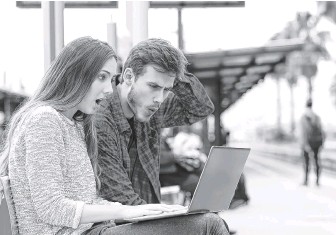