A family of faith

Two hundred years ago, a spark was ignited that would lead to construction of one of Truro’s most noted landmarks. Arriving as a missionary in 1820, Rev. John Burnyeat established a permanent Anglican presence in the community, and the congregation of St. John’s Anglican is now celebrating a 200th anniversary. The original church was built in 1825, but by 1873 the congregation had grown so much more space was needed. The old church was moved to another area of the churchyard and continued to be used until the stone building now standing on the corner of Church and Prince streets opened for a service on March 15, 1881. “The church has changed a lot over the years,” said Dorothy Tay, who began attending the year she was born – 1944. “As a child, I sat in a pew where the cloakroom now is, and the pulpit was raised above the congregation. “There were four services on Sundays and my aunt brought me to evensong. I always found St. John’s a warm, friendly place. “I was baptized here, confirmed here, married here and priested here. There are a lot of momentous spiritual ties.” She remembers, at one time, the women always wore their best dresses and the men would be in suits. She was just a small child when Kathryn Keddy, who came from Parrsboro to attend the Normal College, began attending church services in 1947. “It was called St. John’s Church of England then,” said Keddy. “There was an Anglican Young Peoples’ Association that met in Kaulbach Hall and I remember playing badminton up there.” The church offered clubs for men, women and couples, as well as senior and junior choirs, and Scouts, Cubs, Guides and Brownies. “The church played a big part in people’s lives and Sunday was more of a day of rest then,” she said. “Businesses weren’t open and there weren’t sporting events.” Keddy moved away for a while to teach, but when she returned, with a husband and sons, in 1959, she began attending church events again. Tay also left the area for several years, returning in 2003. “Returning to the church was like coming home,” she said. “I felt it had grown even warmer.” The language and music used in services has become less formal over the years. In the 1960s, the Book of Common Prayer was brought in, and in the 1980s the Book of Alternate Services arrived. Lori Ramsey has been pastor at St. John’s for 19 years. “A visual difference in the church now is how many women are leading worship,” she said. “The numbers have really grown. “Challenges facing the church are an aging congregation, making it more difficult for volunteering, and the fact that numbers are shrinking but expenses aren’t. There’s no shortage when it comes to willing spirits though.” Tay agreed, saying it is the hard work of many parishioners who enable the church to continue offering the services it does. “The congregation is like a ‘family’ of brothers and sisters who faithfully worship together and care for one another,” said Keddy. “At St. John’s, the spirit is moving, and His presence is felt in the silence of prayer. I’m happy to be a lifetime member.” 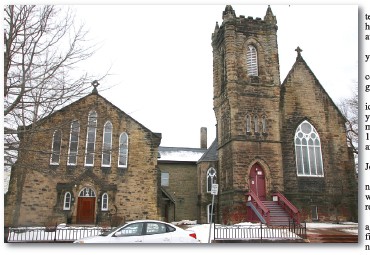 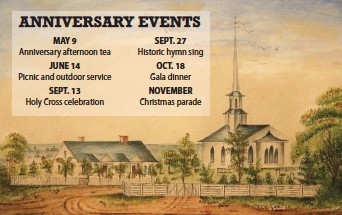 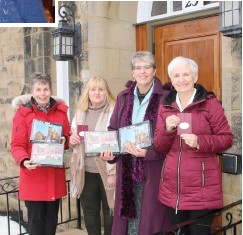 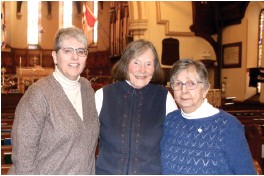 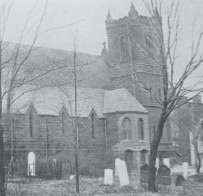 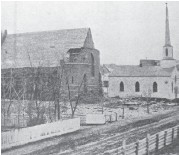