Community volunteers to the rescue 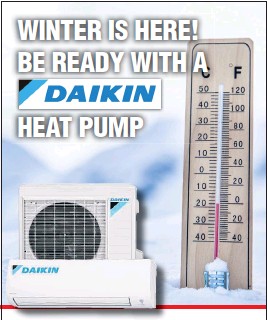 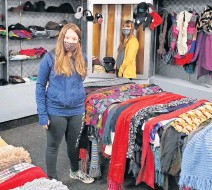 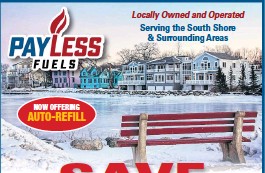 It was disheartening to learn a few uncaring troublemakers did their best to undermine a charitable initiative that benefits families in need. It was, however, heartening to discover many caring men, women and youth representing various South Shore community groups helped get the initiative back on track. Such is the case with the Coats for Kids campaign, launched in 2018 by Michael Graves, co-ordinator of the United Way of Lunenburg County, in partnership with The Salvation Army. In 2018 and 2019, more than 2,300 coats were donated, then distributed to local families in need. Sadly, COVID-19 shut down the campaign in 2020. The 2021 campaign was launched in October. The South Shore Centre in Bridgewater provided the campaign with a vacant store where people could donate new or gently used coats, mittens, gloves, toques, scarves and boots. Graves said the pick-up process at the store was unsupervised because he didn't want children and their families to feel intimidated while they tried on coats. Their privacy was paramount. Graves occasionally dropped in to straighten up the place. Everything was proceeding as planned until midnovember when a group of people apparently entered the unsupervised store and messed up things, leaving some coats and other clothing items in disarray. Mall management, security and local police got involved. It was decided the store needed to be supervised at all times or be closed. It did close, then opened a few days later; although only for a couple hours a day. It would be more than a week before sufficient volunteers could be assembled and a schedule established. During this inconvenient down time, no one could drop off items or try them on for size. Graves told me without the support of his community partners who stepped up to ensure the store could remain open, hundreds of coats could not have been given to folks who needed them the most. The location was fully operational again in late November, thanks to volunteers from the following organizations, in no particular order: Supported Community Living Options (Fernwood House), Verge House students and staff, United Way, Schools Plus, South Shore Sexual Health, Better Together Family Resource Centre, Employment Solutions, YMCA Youth Leaders, Harbour House and Autism Nova Scotia. Graves said he is also grateful for the generous support from Fresh Cuts Market, Scotiabank, CKBW, Country 100.7, Lighthouse NOW and the South Shore Breaker. Here's what I'm thinking: community volunteers, businesses and media working together can indeed achieve great things. THE MONEY GAME Your post-christmas credit card bills should be arriving in the mail any day now, so while you're figuring out whether you can afford to pay them off in full, or just the minimum payment, I thought you might like to learn how much money superstar baseball players earn from throwing, catching and hitting little white balls. American League Cy Young Award winner Robbie Ray bid adieu to the Toronto Blue Jays, signing a five-year $115-million contract with the Seattle Mariners. That's some sweet deal, considering starting pitchers typically only work about five innings every fifth day. Ray's salary can be viewed as chump change compared to fellow starting pitcher Max Scherzer, who departed the Los Angeles Dodgers to accept a three-year, $130-million contract with the New York Mets. Then there's Corey Seager, the Dodgers' shortstop who left Los Angeles for Arlington, Texas, where he will suit up for the Texas Rangers. His salary will be $325 million spread over 10 years. Not bad for a guy with a career batting average of .297, which means he actually failed at his job seven out of 10 times. Oh, and Seager made the blooper reel last season for allowing a ball to roll between his legs into the outfield. While I consider those salaries bizarre, I'm rooting for a local baseball player who has the potential to earn some serious coin in the big leagues following completion of his education at Oklahoma State University. According to reports, 20-year-old, right-handed pitcher Evan O'toole will transfer from an Iowa junior college to Oklahoma in the fall. The 6'4", 200-lb. Bridgewater athlete will study sport science at the NCAA Division 1 university. O'toole pitched for Canada's junior team at the 2019 world championships in South Korea. O'toole is the latest Canadian athlete to excel at his or her chosen sport south of the border. Good on him! HOME STICKER SHOCK The hot real estate market in Nova Scotia is cooling off somewhat during the winter, but this housing junkie believes some recent headshaking transactions are worth mentioning, if only for their shock value. An 823-sq.-ft., one-bed, one-bath, first-floor condo in a rather plain Halifax building sold for $371,000 recently, $146,000 above the asking price of $225,000. There is no garage in the 38-year-old structure. Also in Halifax, a one-anda-half-storey, four-bed, twobath home on a tiny corner lot in the west end sold last month for $800,000, $175,000 above the $625,000 asking price. It was on the market only 13 days. If you're selling your home, you and your thrilled realtor can do the happy dance together. But if you're a potential first-time home buyer, the current buoyant market presents some challenging financial hurdles for you to clear. Peter Simpson is a veteran journalist and former housing industry CEO who lives in Dayspring. Here’s What I’m Thinking appears bi-weekly in the South Shore Breaker.