Lobster Crawl to return in the new year

After having pressed pause on their 2021 festival, South Shore Tourism Cooperative is confirming the monthlong February festival, Nova Scotia Lobster Crawl, will return next year. Banding together with tourism industry partners, the fourth edition of the festival is expected to be a welcome invitation to enjoy winter in Nova Scotia. Taking place during the height of the region's lobster season, South Shore Tourism Cooperative president and GM at Best Western Plus Bridgewater, Joanne Cooper, says the festival will offer dozens of delicious lobster and lobsterrelated experiences but with the area's reputation as the ‘banana belt', there will be dozens of winter-related events, packages and adventures. “As in the past, Lobster Crawlers will once again be invited to sip, savour and stroll the nearly 250 km stretch along the South Shore in communities from Barrington, the lobster capital of Canada, to Peggy's Cove and all ports in between,” says Cooper in a news release. Taking place in February, the Lobster Crawl was created to not only help entice locals out of hibernation, but to strengthen the region's year-round tourism appeal. The event will also hopefully debunk the myth that businesses and attractions are closed in the winter months, leaving not much to do. “That's a win-win for Nova Scotians and the tourism industry operators, especially now following the impacts of COVID-19,” said Cooper. While the long-range goal of the festival is to attract guests from beyond Atlantic Canada, organizers say they're looking local in 2022. With sights set on stay-cationing couples and families, organizers expect to see record numbers of Nova Scotians participate in more than 100 festival offerings across six categories that celebrate the region's heritage, culture and showcase winter on the South Shore. South Shore Tourism's coordinator Stephanie Miller Vincent said event planners are busy working with businesses and organizations as they plan and register their events. There will be plenty to do, from guided hikes and picnics on the beach to tastings and artisan workshops, overnight getaways, live entertainment and handson exhibits at museums and tours of lobster pounds. Lucy the Lobster is expected to crawl out of the ocean on Groundhog Day in search of her shadow on Cape Sable Island, while restaurants will vie for the title of Best Lobster Roll in the Lobster Roll-off on Feb. 6. Miller Vincent says their partners are being creative when collaborating with their neighbours. “Their only limitation is their imagination,” she said. South Shore Tourism has issued an RFP, a request for (event) partners, to assist in hosting a series of signature events for the Lobster Crawl. With deadlines approaching in December, for more information on how to register your business or organization for the festival or submit a proposal to the RFP, contact Miller Vincent at southshoretourism@gmail.com or visit the festival website at lobstercrawl.ca. 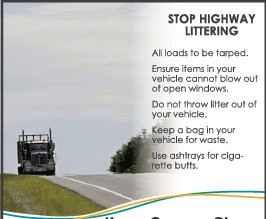