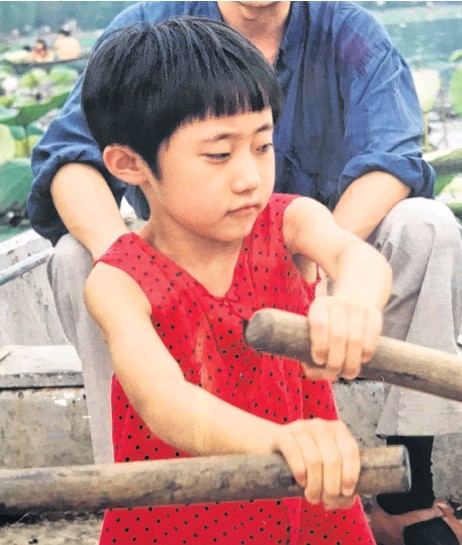 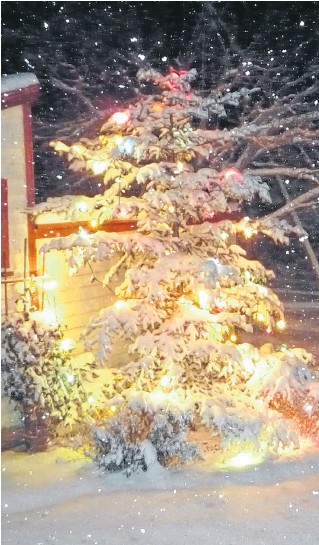 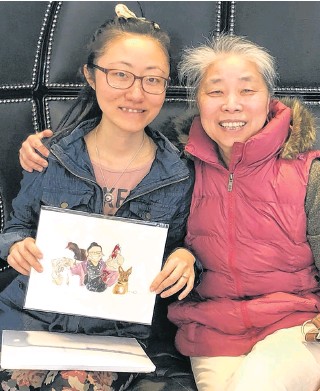 If one child in the world calls Santa Claus Grandpa Santa, it must be our daughter Niu Niu (pronounced New New). Her stories with Grandpa Santa started during her childhood in Beijing, China, where Christmas is not an annual festival. Six-year-old Niu Niu embraced a meaningful shift — with one foot leaving kindergarten behind and another stepping into primary school. Her talent in music, arts and drawing swarmed into a larger space. Meanwhile, her curiosity for the new world around her rapidly grew, piled high and soon overflowed. Fifteen days after she began at the school, Niu Niu was missing when I arrived home from work in the early evening. A search was launched - back at the school, out on the streets and within the 16-floor apartment building where we lived. Finally, we found Niu Niu, happily playing at a classmate’s home. “Oh-oh,” her smile froze when she saw me. After a cry of relief, seeing her dirt-marked little face, I didn’t know whether to laugh or be angry. Gazing at her up-stretched skinny neck, I knew she’d rather follow me home without a word of justification. A bit of a trial proceeded at home but went nowhere as Niu Niu kept silent. Fortunately, a few of our neighbours testified. They had seen Niu Niu with another girl playing in a public garden nearby and strolling around the neighbourhood earlier in the afternoon. Finally, the girl who was playing with Niu Niu confessed. It was Niu Niu's idea to have some fun anywhere but at school. An opportunity appeared at lunchtime, so the two little girls sneaked out right under their teacher’s nose. Skipping school at her age sounded shocking and problematic, but it wasn’t Niu Niu’s concern. In her mind, it was all about exploring, absorbing and growing freely as if a little tree, eager to reach the sky. As parents, how could we trim the little tree without hurting the tender buds? It seemed tricky, especially to an unbending girl like Niu Niu. “Why don’t we tell Niu Niu the stories about Christmas and Santa Claus who would keep an eye on her all year round?” At that time, Christmas was not well-known in China, but it would be a perfect time to let her know. And this was how, for the first time, six-year-old Niu Niu heard about Christmas and Santa Claus. ‘GRANDPA SANTA’S’ INFLUENCE At once, she liked the incredible story and loved the whitebearded old man with his big “Ho Ho Ho!” She insisted on calling him Grandpa Santa, which resulted in Niu Niu possessing one more grandpa than most other children. She did not skip school again because she knew Grandpa Santa was watching. Everything went smoothly until one day, she shared a worry with me. “Mom, does Grandpa Santa mind a mistake in my homework?” “What’s up?” I wondered. “Is 5-3=2 correct?” “Yes.” “... but why does Teacher Hu keep marking an X beside my two after I have erased and carefully re-written it twice?" Peeking at her 5-3=2, I almost burst out laughing. It was a beautiful two, but written in reverse! No matter how many times she had re-written it, the two was consistently facing the opposite side. No wonder Teacher Hu kept giving her an X. Trying my best to not laugh out loud, I said, “Oh, for this two, I bet Grandpa Santa couldn’t love it more!” This made the little one, who had been badly tortured by the number two, feel at ease. CHRISTMAS SURPRISES On Christmas Eve, we let Niu Niu hang a bag on the balcony of our apartment because it would be the only access for Grandpa Santa to deliver gifts for her. Niu Niu did it solemnly and went to bed reluctantly. The next morning, Christmas Day, was also a regular school day in China, but Niu Niu got up much earlier than usual. With eyes only halfway opened, she walked cautiously towards the balcony with both hope and uncertainty. Groping the bag, quickly she became fully awake. “Mom, Dad, gifts from Grandpa Santa!” Her little voice rose: “Look! A box of coloured pencils, a ruler, eraser and a bamboo flute ... Oh there are two bars of chocolate too! Grandpa Santa indeed keeps his word, Mom!” That morning, carrying a bagfull of surprises and joy, Niu Niu hopped her way to school, the only child there having received gifts from Grandpa Santa. I could imagine how excited she was in releasing the sensational news to her classmates about her Christmas gifts and Grandpa Santa. The next year, I suggested hanging a bigger bag on the balcony for Grandpa Santa. In the morning, Niu Niu again received her Christmas gifts. Lo and behold, they fit the bag perfectly! Soon, a loaded question aroused: “Mom, how did you know I would need a bigger bag this year?” Leaving the question unanswered seemed suitable for everyone to let Grandpa Santa keep delighting the life. Many years later, now living in Nova Scotia, on a charming peninsula surrounded by the Atlantic Ocean, we can immerse ourselves in the real and local Christmas traditions. Every year, when we deeply inhale the fragrance of freshly-cut Christmas trees and merge with the stream of busy shoppers; when the Christmas songs again linger in the air, a fire flickers in the fireplace and snow quietly decorates the peninsula; when Niu Niu excitedly unwraps her gifts from Grandpa Santa, often I wonder if she still has the question or looks for an answer.