SACKVILLE, N.B. – Peter Fraser, the head coach of the Mount Allison Mounties football team, says most of the recruiting for this season has been completed. In an interview last week, Fraser said the Mounties have signed 33 student-athletes who will be expected to join the 70-plus returning players when camp opens in August. “We are quite happy with the young men who will be joining our team,” he said, adding that planning will continue unabated in expectation COVID-19 will soon have run its course. But the worldwide virus eruption has thrown a monkey wrench into training procedures with students heading out for home, meaning that there will be no team practices during the final weeks of the academic year and it’s almost certain the spring camp will not take place. However, each player will have his own assignment for the next four months, during which time they will be expected to train privately so as not to be exposed to others with the virus. Online instructions will also be made available. Normally, a spring camp would be staged on Alumni Field immediately at the conclusion of classes and then coaches and some players would organize and conduct a similar camp for the Tantramar Titans. However, with the curtailment of such activities, it will be incumbent on the athletes to prepare themselves and report to pre-season training camp in game-ready condition. A list of the new recruits may be found online and it appears as though recruiter Zak Conangelo has enjoyed a successful year. On March 16, U Sports put a three-week moratorium on all in-person recruiting. The moratorium includes all inperson recruiting visits – on or off campus and official or unofficial – as well as the scheduling and rescheduling of any in-person recruiting. No travel arrangements can be made with prospective student athletes during this period. However, recruitment by phone call, text message, social media, e-mail or other non in-person mediums are permitted to continue during this blackout. Fraser pointed out that it would be difficult to meet with prospects since schools across the country have been closed, but he believes most teams will already have completed their preparations for the coming season. While it may happen on rare occasions, a few late “pick-ups” have been known to occur and Fraser is hoping his program may be so fortunate. Meanwhile, the university is closed. In the meantime, planning must go on – preparation of play-books, development of new schemes and the list goes on. The hope is that all hands will be spared and things return to normal during the coming weeks. 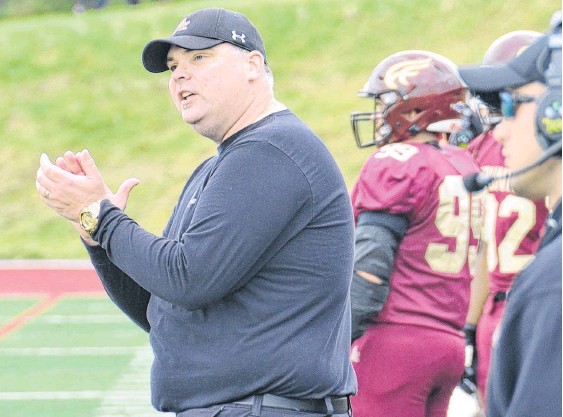