SACKVILLE, N.B. – From live-streaming yoga and pilates classes, to hosting online chats with friends, to organizing neighbourhood sing-a-longs, residents of the Tantramar area are finding new and interesting ways to keep their spirits up and their daily lives balanced amidst these uncertain times. Union Street residents in Sackville are helping each other through with noonhour songs and chit-chats, while maintaining a proper social distance. “It’s our neighbours coming on front porches to connect and check in with one another,” said Anne Pirie-hay, who is one of the organizers behind the daily gatherings. Pirie-hay said she began spreading the word earlier this week to her Union Street neighbours by sending out emails or leaving notes on their doors or giving them a call. “I invited everyone to come out at noon on to our porches and then we created some songs together, like people do.” The group that started out as four has slowly started to grow and she said they have been singing nursery rhyme songs or other “round” songs that people know from memory. “And it’s just kind of a delight.” Pirie-hay said during this time of isolation and anxiety, it’s important for neighbours to connect with each other. “I think there are things we can do to lighten our spirits and be safe and cautious,” she said. In Port Elgin, two young brothers from Ottawa, who were visiting family in the area, decided to hold an impromptu outdoor concert for the residents at Westford Nursing Home on Thursday afternoon. Thirteen-year-old Owen and 11-year-old Logan Bueckert, both self-taught musicians, performed tunes on their saxophone and oboe to the delight of their listeners. Patricia Harrington, executive director of the nursing home, said the concert was an unexpected treat. “This was a very special event to witness,” said Harrington. “I found it truly moving to see the joy of the boys playing and also the residents and staff enjoying their performance.” The nursing home’s activity director Karen Coffin said residents were beyond grateful to see the two young men play. Coffin explained the residents were sat in a semicircle around the bay windows, which were opened up to allow the sound through. “A few even listened from their rooms with their windows open,” she said. Coffin said her favourite part of the afternoon was the last song they played, Amazing Grace. “They (the two boys) couldn't hear, but the residents were singing along with them and applauded loudly,” she said. “It brought tears to the eyes of many of the staff and was truly appreciated.” Bill Steele of Dorchester, owner of the historic jail in the village, said he is doing live Facebook videos every day showing what he is up to. He has been finding unique items as he takes viewers on searches of the property, including an old newspaper ad dating from 1891 showing a travel schedule to China. Allison Butcher, a playschool teacher who is currently not working because of the COVID-19 outbreak, said she and her two daughters, who are now home every day because of school closures, are practicing social distancing and isolating themselves as much as possible. While her husband is still working, she said he works as a contractor and is able to be outside and socially-distance himself while on the job. Butcher said they are all doing what they can to keep their daily lives balanced. She has made 5K walks a regular part of her routine and said she’s been a little less stringent on limiting her kids screen time. “I'm trying to be cognizant that during this time of isolation their ability to connect with friends through technology is an important part of their day.” She also feels it’s important to be supporting local businesses whenever possible during these stressful economic times. “These are strange and difficult times,” said Butcher. “But I have faith that our community will get through this by supporting each other.” Sackville resident Dodie Perkin said she and her husband are currently working from home and she is hoping to also keep busy with homebased projects that she’s put off in the past. Perkin said she tries to include something she is grateful for in her Facebook posts every day. And she is also trying to focus on the “little picture”, the here and now, and not get overwhelmed by looking too far into the future. “I find that if I can focus on the day or the week ahead, instead of focusing on what will happen in two months or four months, I can stay a little bit more sane.” 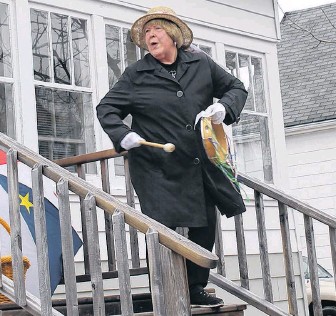 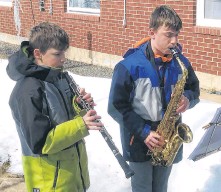 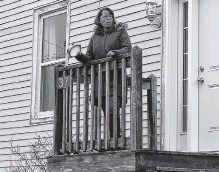