‘Fighting for his heart’ 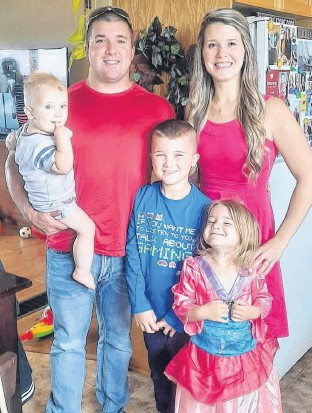 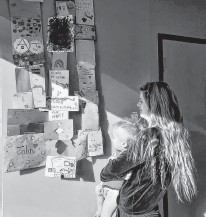 SUMMERSIDE — While Kali Dawson and her husband, Chad, have spent the past month at the IWK Health Centre in Halifax with their 18-month-old son John, she finds herself amazed by how many people have rallied behind her family. “We were blown away. It’s this story of this little guy, who’s so full of life, yet he’s fighting for his heart. Your heart is very important. It’s what keeps you going,” she said. “I guess what keeps us going is all the support.” In October, Dawson noticed John had a cold. Mainly, he had difficulty breathing. “We thought it was just a regular cold,” said Dawson. “It wouldn’t go away, it wouldn’t get better.” After a few weeks of trying to get into the cough and fever clinic, Dawson, of Summerside, took her son to the Prince County Hospital’s emergency room. There, doctors told her that John had rhinovirus — the common cold — and pneumonia; when he got older, she was told, John would have asthma. After being given some inhalers and being monitored for a time, John was eventually sent home. But he wasn’t improving. His breathing was getting quicker and he was unable to sleep. After another trip to the emergency room, John was given a blood transfusion and airlifted to the IWK Health Centre in Halifax, where they stayed for 48 hours. “My husband and I were really scared to take him home,” said Dawson. “We didn’t want to leave, but they discharged us ... with an asthma care plan and said if he gets worse, then bring him back to the ER” Two more visits to the emergency room later, the Dawsons were told that John’s cold had improved and his pneumonia was gone. But he wasn’t better. It wasn’t those viruses that had been behind John’s illness, they learned. Instead, it was his heart, which doctors noticed was enlarged. “At that point, it didn’t register for me yet. It didn’t feel real,” said Dawson. “It didn’t feel like it was actually happening.” Near the end of November, John and his parents were airlifted to the IWK a second time. MEDICAL JOURNEY After being admitted to the IWK — where John and his parents have been ever since — the Dawsons learned what, exactly, was wrong with John: dilated cardiomyopathy. In other words, his heart is enlarged. One of his valves has stretched and weakened and doesn’t pump blood as strongly as it used to. Their two oldest children aren’t aware of the specifics surrounding their brother’s condition. They know his heart isn’t as strong as it should be and that he needs medicine to get better, but the Dawsons don’t want to worry them with details. “For their age level, that’s the extent of their understanding,” said Dawson. “And they’re happy with that. They understand that he needs to get stronger, and he’s in a place where (doctors) can help his heart get stronger, just like theirs.” While John’s medications have helped, they can only do so much for him, and he'll soon need a heart transplant. “Because John is so young, he’s only 18 months old, the best thing for him is to live with his current heart for as long as he can,” said Dawson. The family is unsure when the transplant will come — it could be days, weeks or even months away — but they’re anxious for the day they get the call to go to Toronto. COMMUNITY SUPPORT While staying in the hospital 24-7 has taken a toll on Dawson and her husband, they’re both glad they have each other, so that one is always awake and nearby if John ever needs a parent. “My husband really stepped in,” said Dawson. “He’s been doing a lot more of the nights with him, so he’s exhausted, too.” While the Dawsons have the support of each other, they have both found that others have been quick to step up and offer their own support. Over the holidays, a family friend offered their house near Halifax to Dawson’s parents — who have been taking care of their other two children. While they were unable to enjoy Christmas in person as a family, Dawson is glad that her two kids were close for a time and got to spend a little time together. In early December, Dawson’s cousin, James Shea, had also started a GoFundMe campaign, which had raised more than $30,000 within the month. Shea had known about John’s heart troubles from the beginning — still, the news came as a shock. “You never expect someone in your family circle to go through something like this,” said Shea. He wanted to do whatever he could to help the Dawsons during a difficult time. For him, an online fundraiser to help alleviate the financial stress was the least he could do. He never expected it would get as much support as it had, but he’s glad that people — from friends to complete strangers — have come together to lend a hand. “It shows family and community coming together and supporting a young family in a time of need,” he said. “It’s exactly what they need to help them through this — at least to keep their focus on what’s important, and that’s the health of Baby John.” For Dawson, each little bit of support has meant the world to her family. “Everybody has been so helpful,” said Dawson. “A combination of family support, P.E.I. support and a lot of prayers. We have people all over the world who are praying for John ... It’s all over. His story has spread everywhere, beyond what we could ever have imagined.” In spite of the challenges thrown at the family, and the stress and exhaustion that the Dawsons have felt for the past two months, for them, it’s all worth it to be there for their son. “We’re doing everything we can because we want the best for him,” said Dawson. “We want him to have the best chance at life.”