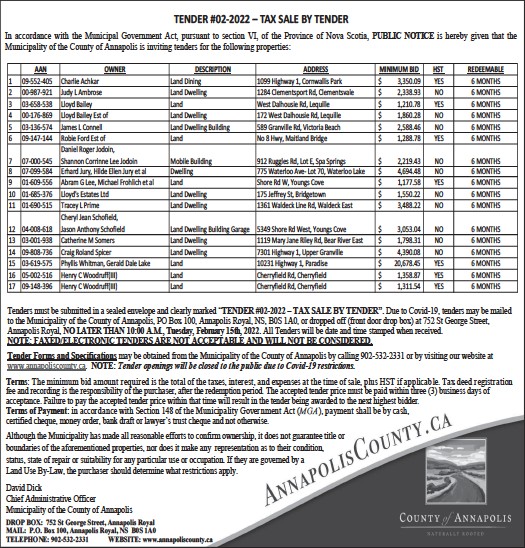 Kirk.starratt @saltwire.com The Parole Board of Canada has granted leave privileges to a former North Kentville man convicted in 2015 on charges relating to child pornography. Following a recent review, the Parole Board of Canada (PBC) decided to take no action on Jason Troy Pitts’ residency condition but has granted leave privileges. Pitts, 46, was sentenced in February 2015 to five years in federal custody on eight counts of conspiring to commit sexual assault on a child; and two years for charges of making, possessing and accessing child pornography. At the time of his conviction, Pitts was a resident of North Kentville. The board imposed several special conditions on Pitts’ statutory release in October 2019. Leave privileges were not authorized. According to a recent written decision from the PBC, the Correctional Service of Canada (CSC) referred Pitts’ case to the PBC after Pitts requested the removal of the residency condition imposed on his statutory release. The CSC did not support his request. Pitts wants to purchase land and a home and move to a rural area. Pitts’ case management team (CMT) does not support the plan because he has no fixed address, and police are opposed. “However, your CMT do see the value in you having more access to the community prior to your fast approaching warrant expiry date,” the written decision states. “They are now supporting leave privileges.” The PBC agrees with the CMT that removing Pitts’ residency condition “is not in order at this junction” as Pitts remains “a high risk to re-offend in a sexual manner.” Although he has completed programming both within the institution and the community, the board does not believe there has been sufficient progress to effectively manage Pitts’ risk without close supervision and monitoring of a halfway house. The board concurred with Pitts’ CMT that, given his progress during his time in the community, leave privileges may be authorized to a suitable location. “Leave privileges will allow you to reintegrate the community in a very gradual timeframe as you prepare for your warranty expiration date,” the decision states. “Therefore, the board authorizes leave privileges.” Since his statutory release, Pitts has maintained employment and has completed two cycles of maintenance programming. Pitts was initially involved with the Circles of Support and Accountability, a restorative community safety program, but left the group after encountering difficulties with a staff person. It was anticipated Pitts might rejoin the group, but that Previously imposed conditions on Jason Troy Pitts’ release that are still in effect include: • He must follow a treatment plan as arranged by his parole supervisor regarding mental health and sexual deviancy. • He must immediately report all intimate sexual and nonsexual relationships with females and males who have parental responsibility for children under the age of 16 years to his parole supervisor. • He is not to be in the presence of any children under the age of 18 years unless authorized by his parole supervisor and unless he is accompanied by a responsible adult who knows Pitts’ criminal history and who has previously been approved in writing by his parole supervisor. • He is to reside at a community correctional centre or a community-based residential facility, or other residential facility (such as a private home placement) approved by the Correctional Service of Canada until his warrant expiry date. • He is not to purchase, acquire, possess or access pornography or sexually explicit materials in any form or type of media. • He is not to own, use or possess a computer or any technological device, including a cell phone, that would allow him unsupervised access to the internet. • He is not to frequent establishments that provide public access to computers that access the internet. • He is not to be in, near or around places where children under the age of 18 are likely to congregate, such as elementary and secondary schools, parks, swimming pools and recreational centres. hadn’t happened prior to the parole board decision. Pitts has also been involved in one-on-one counselling with a psychologist. Pitts has a Statistical Information on Recidivism (SIR) score of 12, suggesting that four out of five offenders will not commit an indictable offence after release. At his sentencing hearing on Feb. 4, 2015, the court heard that Pitts was involved in an online web streaming organization where he was communicating with individuals in the Philippines. Pitts was having children perform sexual acts with other children or with women for money. There were five or six live shows and, in two instances, Pitts recorded these on his computer. Pitts had a collection of child porn images and videos aside from the recordings of the live shows. Police reported more than 50 money transfers between Pitts and his contacts abroad between January 2011 and April 2012. He was in communication with one woman who had an eight- to 11-year-old child she referred to as her daughter. Pitts opined about having the woman and girl immigrate to Canada.