Eagles continuing to be feed at Sheffield Mills site 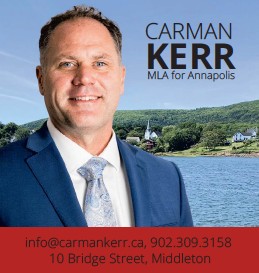 The eagles will come for their annual snacks, but the traditional pancake breakfasts in Sheffield Mills are off again this year due to COVID-19. People will still see the majestic birds as they feed on chicken carcasses near the Baines and Middle Dyke roads as part of Eagle Watch 2022. But the Sheffield Mills Community Association’s traditional pancake breakfasts at the community hall during the last weekend in January and the first weekend of February won’t occur due to pandemic restrictions. “We couldn't hold it under the current guidelines,” said secretary Malcolm Lake, noting they would only be permitted to have 10 people inside the building. “I think the appetite for it is there; it’s just that at the moment, with COVID, we can’t do it.” If things improve, the association could consider holding a pancake breakfast in late February. Lake, who moved to the area in 2012 and has been involved in the festival since 2013, said it takes a couple of weeks to promote the event properly. The breakfast is much more than a hearty meal of flapjacks. It has been a community gathering with music and displays in the past. The mild start to the winter has impacted the number of eagles at the site, with Lake estimating there’s about 25 there on most days. He cautioned Jan. 5 that it was still early. “I don't think we’ve had many migrations in from Cape Breton yet, and they really swell the numbers,” said Lake. “Once we get a prolonged streak of bad weather, I think we’ll have more eagles in the area.” FUNDRAISER The breakfasts are an important fundraiser for the association to help with operating the community hall and other community activities and charitable causes. While they didn’t take place in 2021, they received donations that helped with the bottom line. There were fewer events at the hall because of COVID restrictions, resulting in some operational savings. Lake said it costs about $10,000 annually to run the hall. “This is probably the last year we can go without some substantial income,” he said. The festival, which has been going for about 30 years, still has a great following, with Lake noting he has had inquiries from other provinces, including Quebec, this year. The eagles are fed at 9 a.m. and if all the chicken is gone, another feeding occurs around 11 a.m.